CLICK HERE FOR A VIRTUAL TOUR of Mush! A tribute to sled dogs from arctic exploration to the iditarod

CLICK HERE FOR A VIRTUAL TOUR OF BEST IN SHOW: PAST WINNERS AT WESTMINSTER

The Museum of the Dog may be temporarily closed, but we are determined to deliver accessible, educational content to you.
Above is a virtual tour of our current exhibition with educational discussion questions. 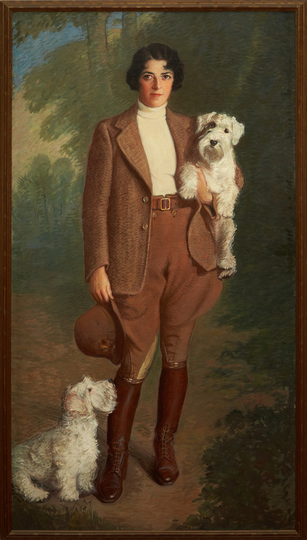 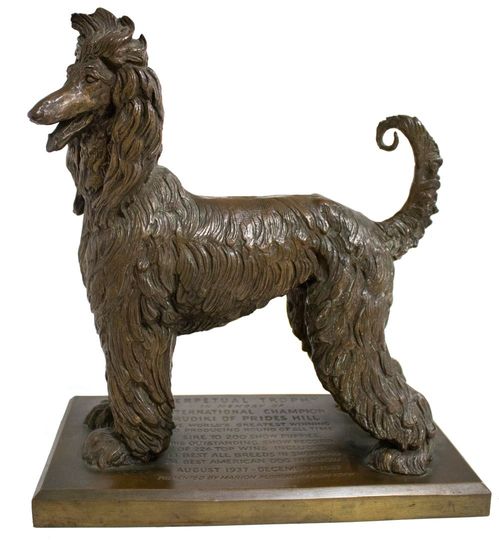 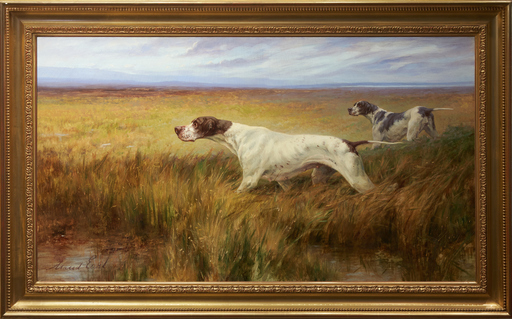 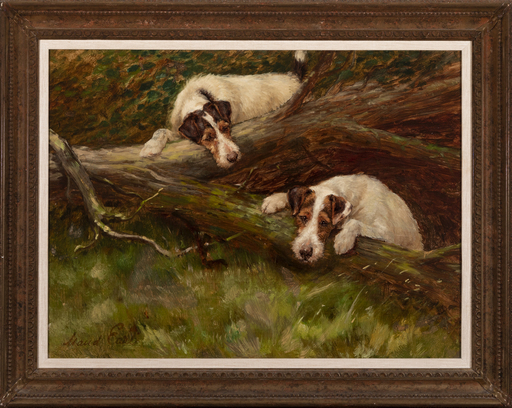 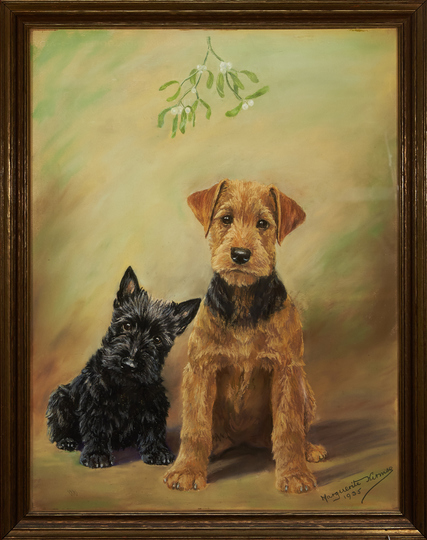 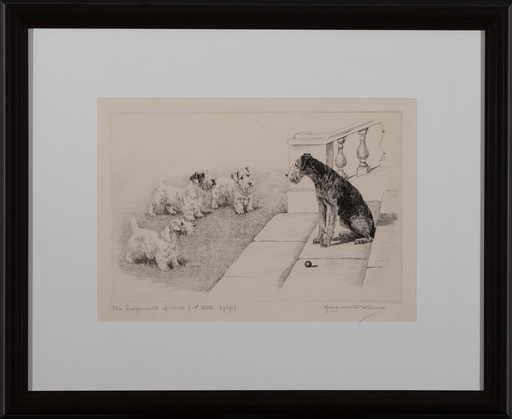 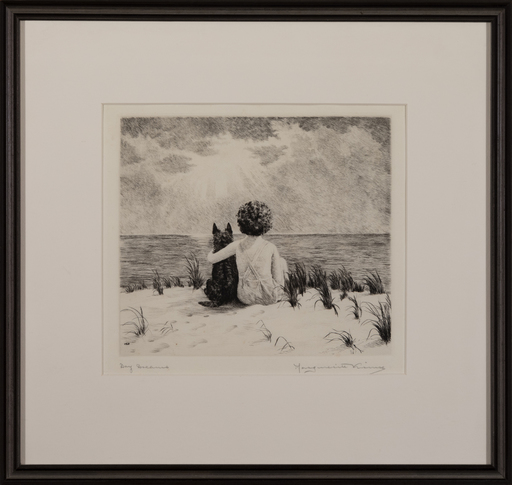 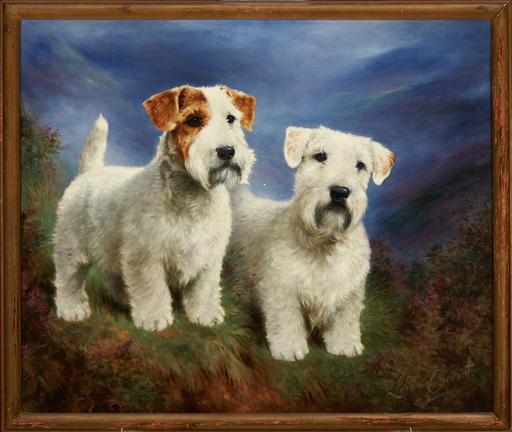 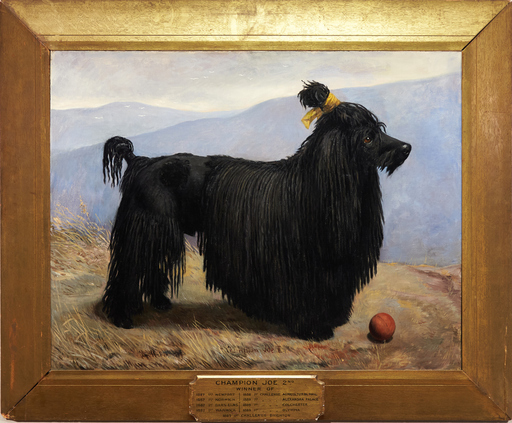 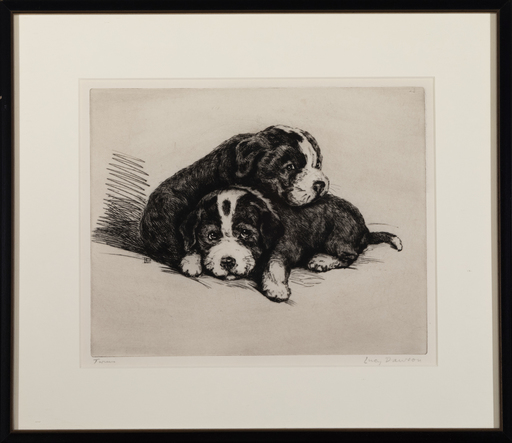 Starting with Queen Victoria and continuing into the 20th Century, women were becoming a greater force in the dog world. Dog breeding was, and still is, one of the only sports women could compete on equal footing with men. In England, led by the example of Queen Victoria, wealthy and influential breeders such as the Duchess of Newcastle emerged. In America, Geraldine Rockefeller Dodge was unparalleled in her pursuit of breeding and showing dogs.

At the same time, doors to art schools, academies and studios were just beginning to open for women artists. There they were able to nurture their talents and get exposure through exhibitions at academies and galleries. Their close association with prominent kennels gave them access to clients at the upper reaches of society from nobility to millionaires. The dog breeding world, at the time, was dominated by figures of wealth and stature. Along with breeding dogs, Queen Victoria began commissioning the world’s most renowned dog artists to paint her pets. Once again, the Queen started a trend, and other important dog breeders and fanciers started commissioning works of their dogs. Under these circumstances, female artists broke out into the dog world.

This exhibition showcases the work of several prolific and influential female dog artists. In the collection of the Museum of the Dog, there are over 80 works by the preeminent dog portraitist Maud Earl, and nearly 40 works on paper by the renowned etcher Marguerite Kirmse. Both Earl and Kirmse embraced the entrepreneurial spirit of the age and were able to become household names in the dog world through the dissemination of their work in the thousands through multiples such as prints, bronzes, and ceramics.

Other noted women artists are a part of this exhibition, including Lillian Cheviot, Diana Thorne, and Lucy Dawson. Sculpture is represented by artists Kay Finch and Laura Gardin Fraser, who was the first woman to design a coin for the U.S. Treasury. Along the way the visitor will also encounter works in the permanent collection by contemporary artists following in the footsteps of these groundbreaking women.

The permanent collection of the museum is one of the finest and largest collections of canine-related fine art and artifacts in the world. It comprises paintings, watercolors, drawings, prints, ceramics and bronzes. Additionally, objects such as trophies, collars and other dog-related works are included in the collection.

Community Wall
Library & Archives
Story of the Breeder
Museum Store
Plan a visit for your dog at the AKC CANINE RETREAT!

Out of courtesy to our neighbors, only service dogs and invited demonstration dogs are allowed in the museum.

Service animals are welcome in the museum. The museum entrance is wheelchair accessible via the building’s main plaza on the corner of Park Ave and E 40th Street. Accessible elevators are located on the first floor of the museum to the left of the admissions desk and gift shop. Public restrooms include accessible facilities.

If you have any questions regarding accessibility, please feel free to contact the museum.